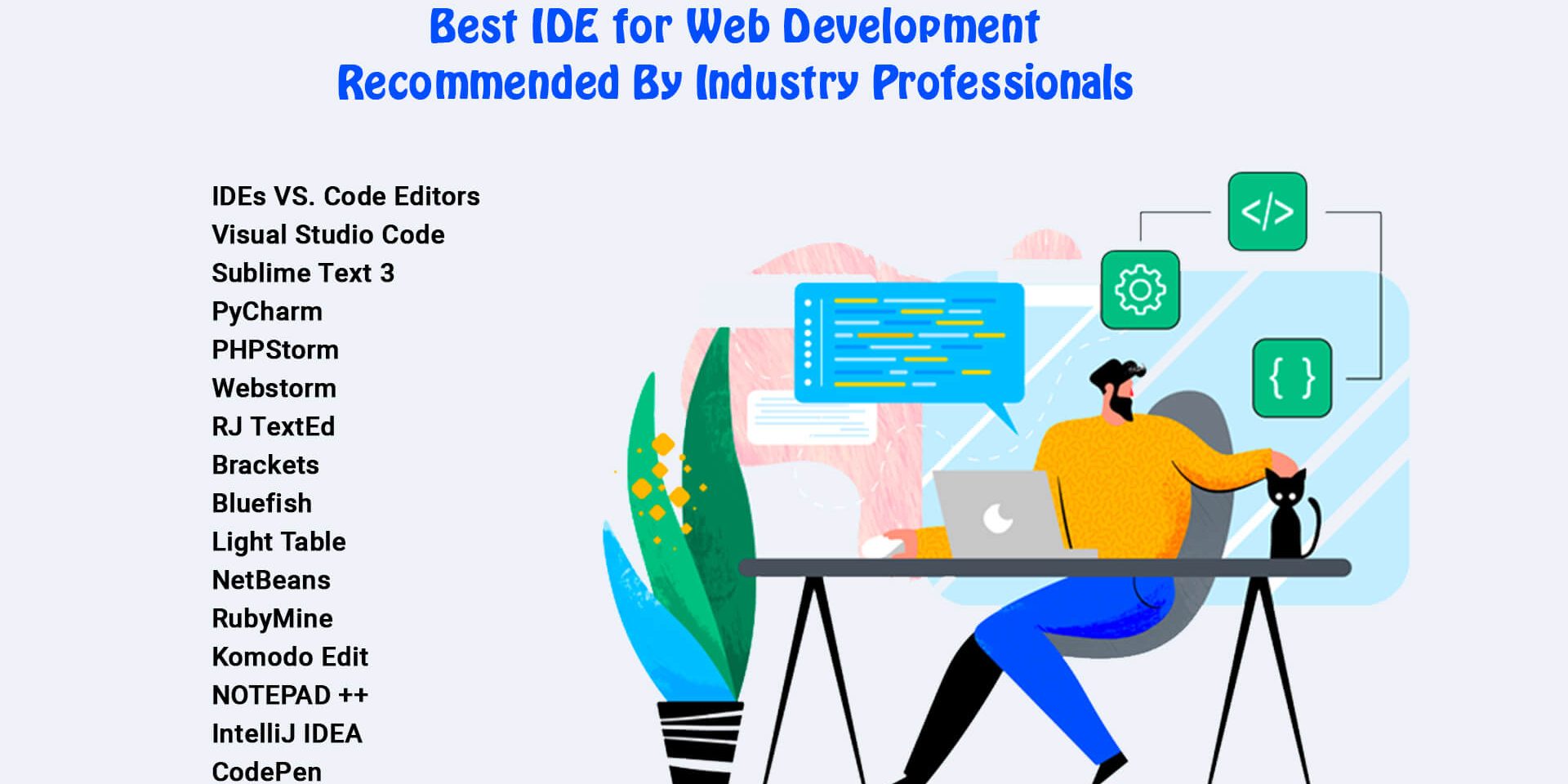 The term IDE stands for Integrated Development Environment, which is the driving force behind thousands of successful websites or web applications.

It is quite different from a regular text editor with a bunch of advanced features. Nowadays, only writing codes will not be of much help for the fruitful accomplishment of programming languages. You need to be ahead of time to cope up with the new era of technological advancement.

That is why web development IDEs are there to let a programmer code, debug, customize, visualize, and automate.

Along with editing the HTML and CSS codes, you can effectively get access to loads of programming languages, CMS, and frameworks as well.

Below, we have provided a list of some of the best web development IDE of recent time. They are advanced IDEs with tons of flourished features.

We hope they will be of great help to the programmers. 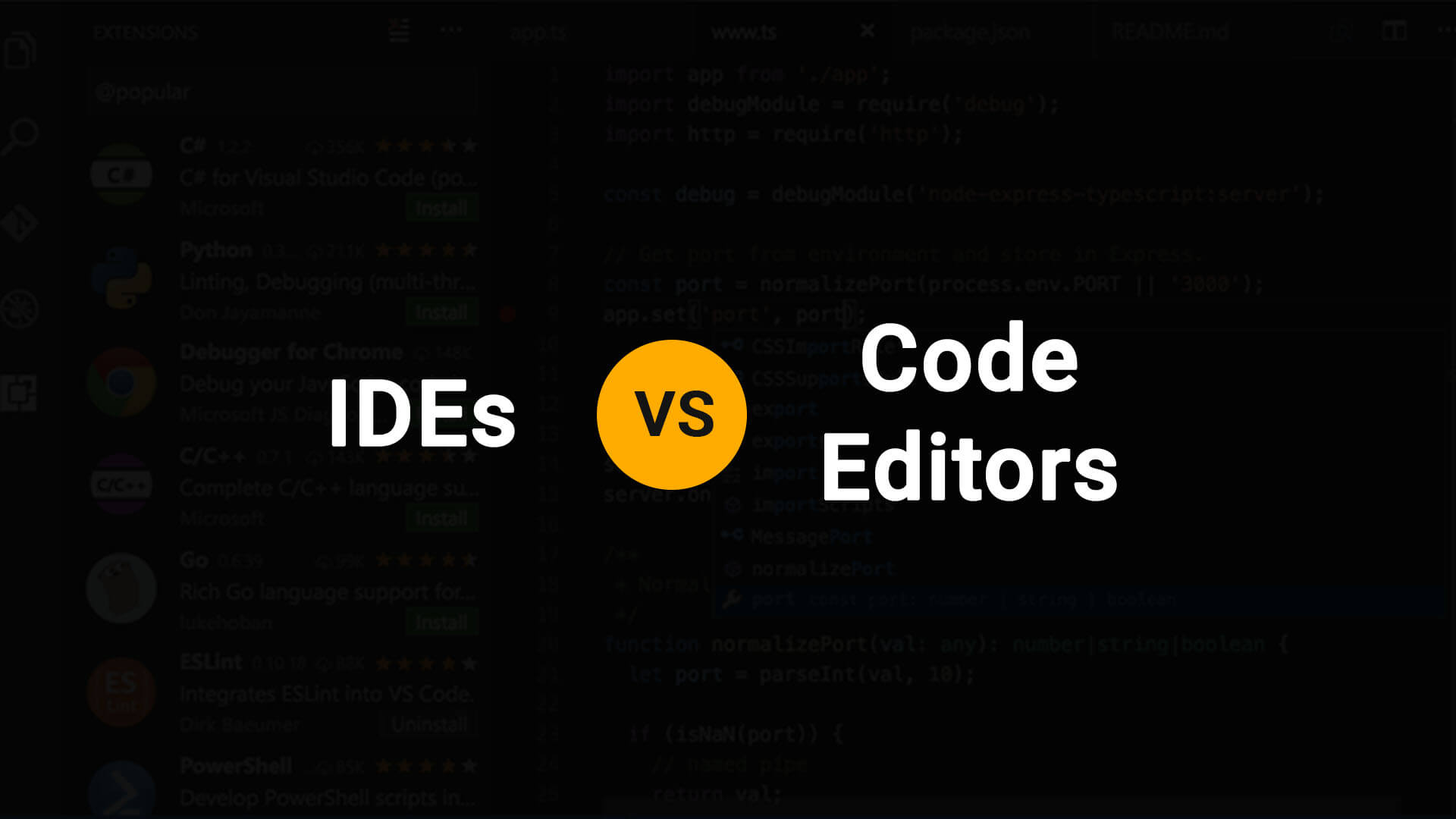 Many of us wonder why IDE is important where there are code editors with so many advanced features. Especially there are so many things you can do with both. So, why is IDE particularly suggested for advanced web designers?

Well, the fact is a code editor, apart from writing text instructions, sometimes offers you more. For instance, syntax highlighting. Of course, writing code gets much simpler with its upgraded features.

But an IDE provides a more powerful coding experience because of its memory intensity.

It brings all the tools you will need while coding under one roof—no need to switch from one program to another. Instead, you will get a combination of every exclusive coding component within a single editing program.

This is what makes an IDE different from a simple code or text editor. Admittedly, it might be a bit complex. But once you learn it, you will love every bit of the intensified coding environment provided by it.

How to Pick the Right IDE for Your Project

There are thousands of IDEs getting developed every day. So, choosing the right one for your project is a precarious and tenacious task.

Before choosing an IDE, study your project thoroughly. Only then will you get a clear idea of what it demands. Not every IDE will have the features your project will require. So, go through the specifications properly.

The deciding factors in choosing an equitable IDE for any project should include price, packages, properties, convenience, debugging, credibility, speed, etc., in particular.

Always remember that you should not hastily choose one just because of its loads of complex functionalities. Rather, try to pick the right IDE that will smoothly get your task done.

The following list is based on the latest technological research and not biased at all. What we have found has been depicted below. Each IDE is selected considering its salient features and user-friendly interface.

However, let’s dig deep and learn more about them. 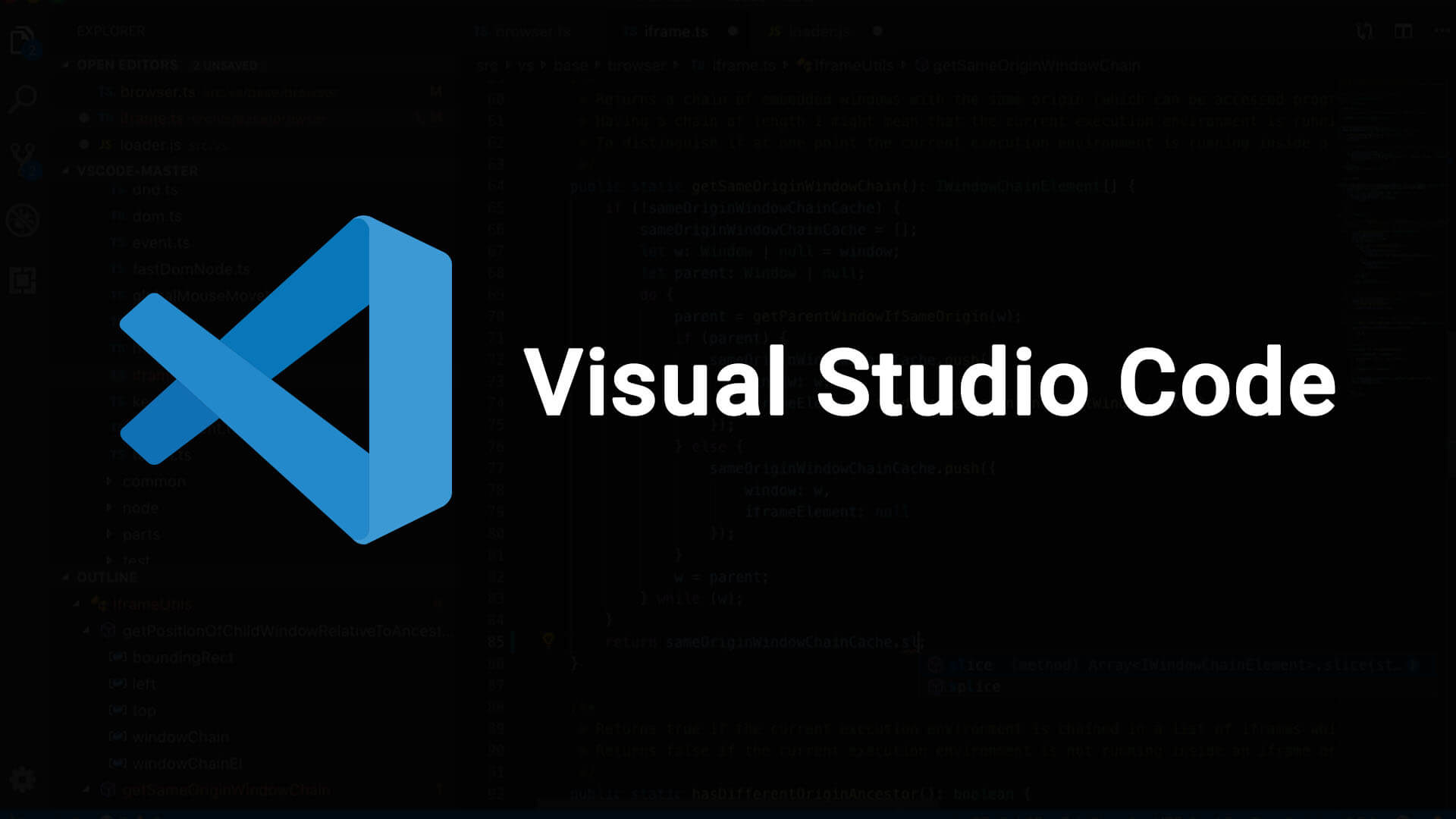 It is placed at the beginning because of its newbie-friendly development. Even the most basic information is depicted so well that even an apprentice programmer can interpret the direction. If you are one of those, this is for you.

It explains HTML tags, syntax, error stirring, and whatnot. Being manifested by Windows, Visual Studio Code offers an inbuilt aid for JavaScript along with TypeScript and Node.

The other programming languages like C++, C#, PHP, Python, etc., also have their back.

Be it Windows, Mac, or Linux. You can consider it as the best JavaScript IDE because of its fast and facile application. Furthermore, it is free of cost. What can be more exciting? 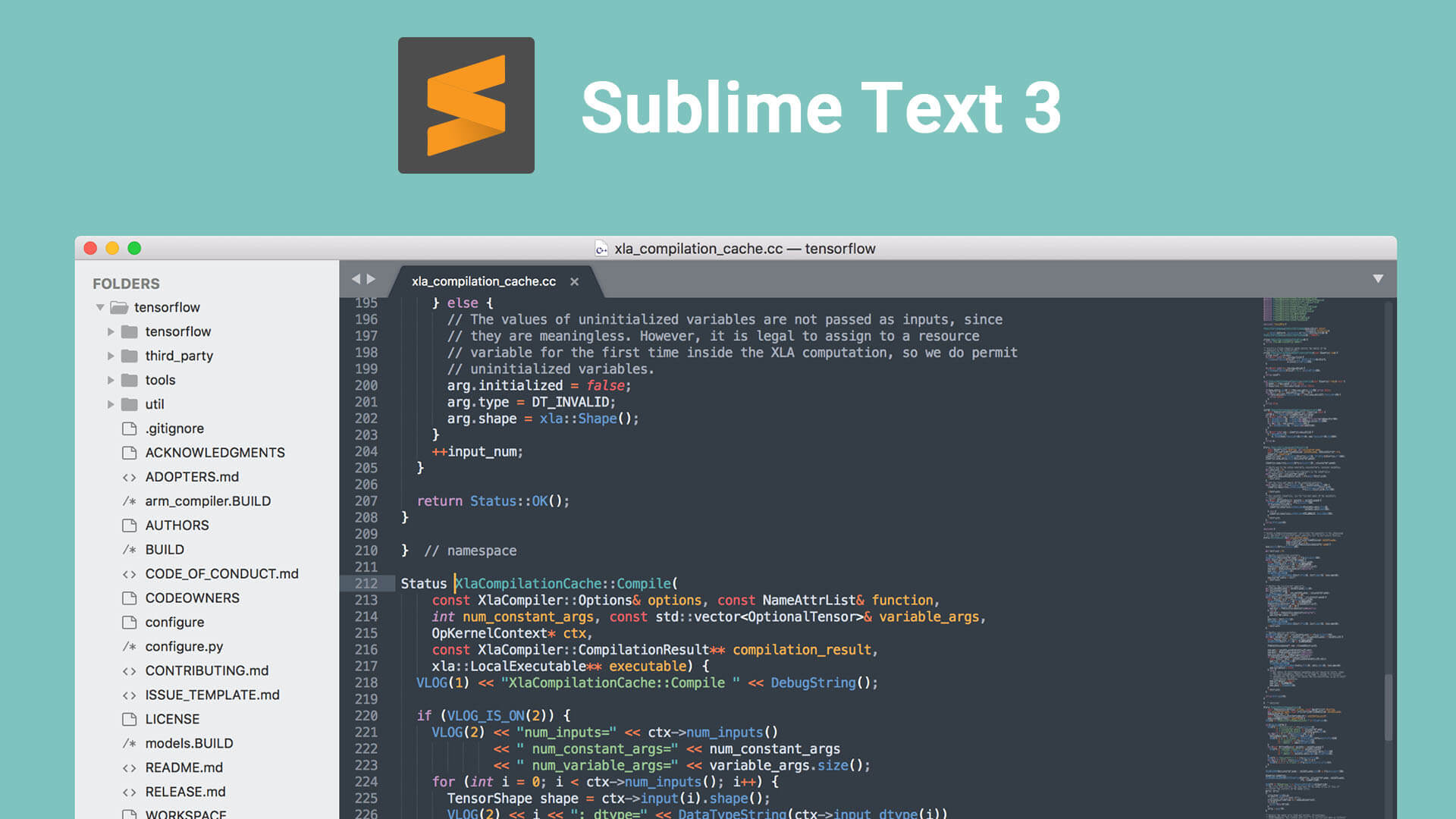 Another free IDE is developed to serve Windows, Mac, and Linux. In addition, a wide range of programming languages, including CSS, JavaScript, HTML, Python, is authorized by Sublime Text 3.

This is a pretty flexible IDE that includes almost every feature needed for standard web development.

If you can genuinely tweak its mechanism, this full-featured web development IDE can give you the best possible service. 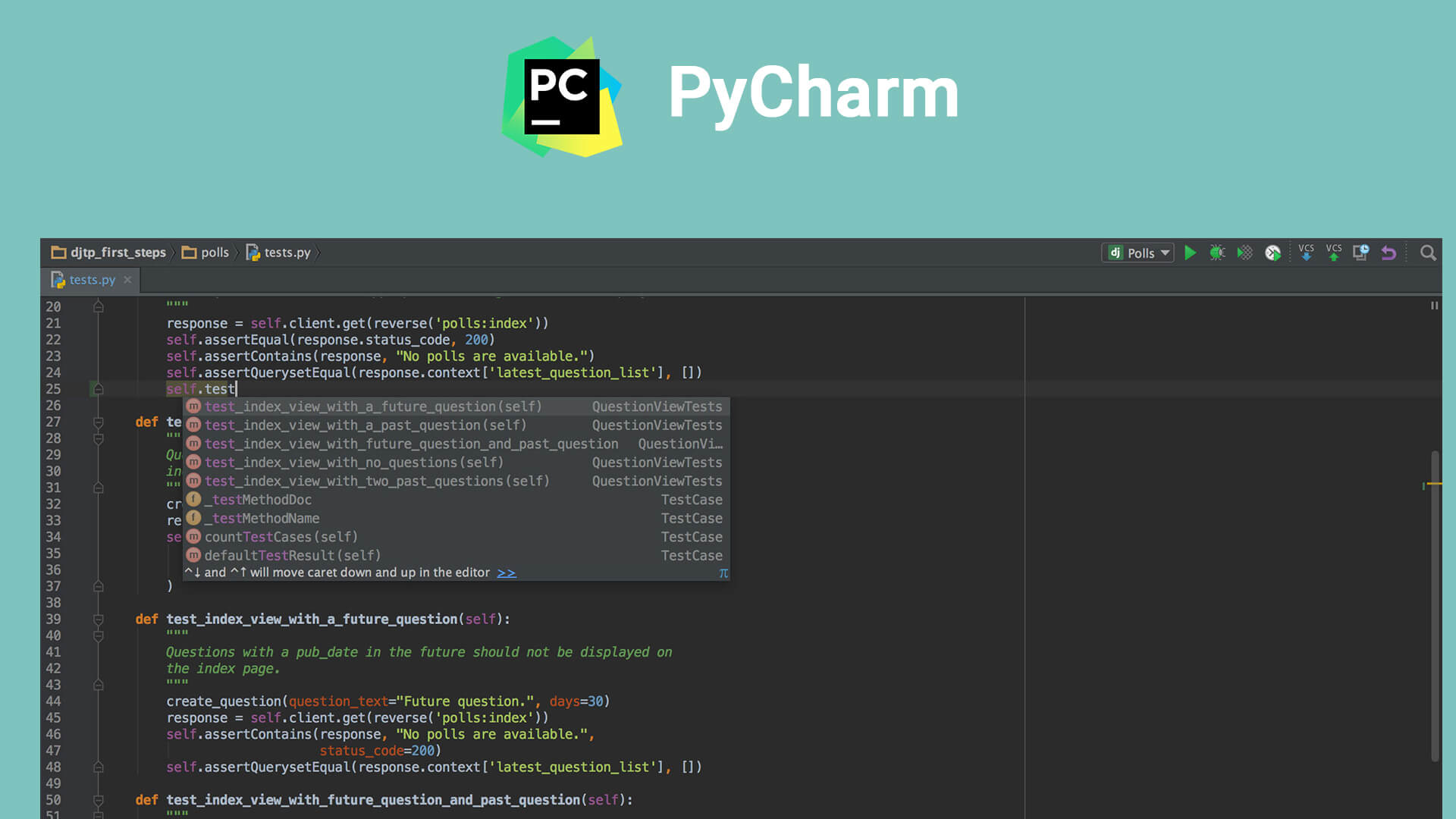 PyCharm validates self plugins writing opportunities to the developers by providing API. Consequently, they can mark up the basic functions based on their requirements.

This intelligent code editor is approved for CSS, JavaScript, CoffeeScript, and TypeScript. But it is specialized in Python. You will love this cross-platform IDE for the instant leap to any file or class you want.

The swift and safe code refactoring will allow the users to get access to many databases, including Oracle, SQL, MySQL, and so on.

Use it on Mac OS and Linux and enjoy the features for free. However, the paid version is better for professional programmers.

The striking features include- 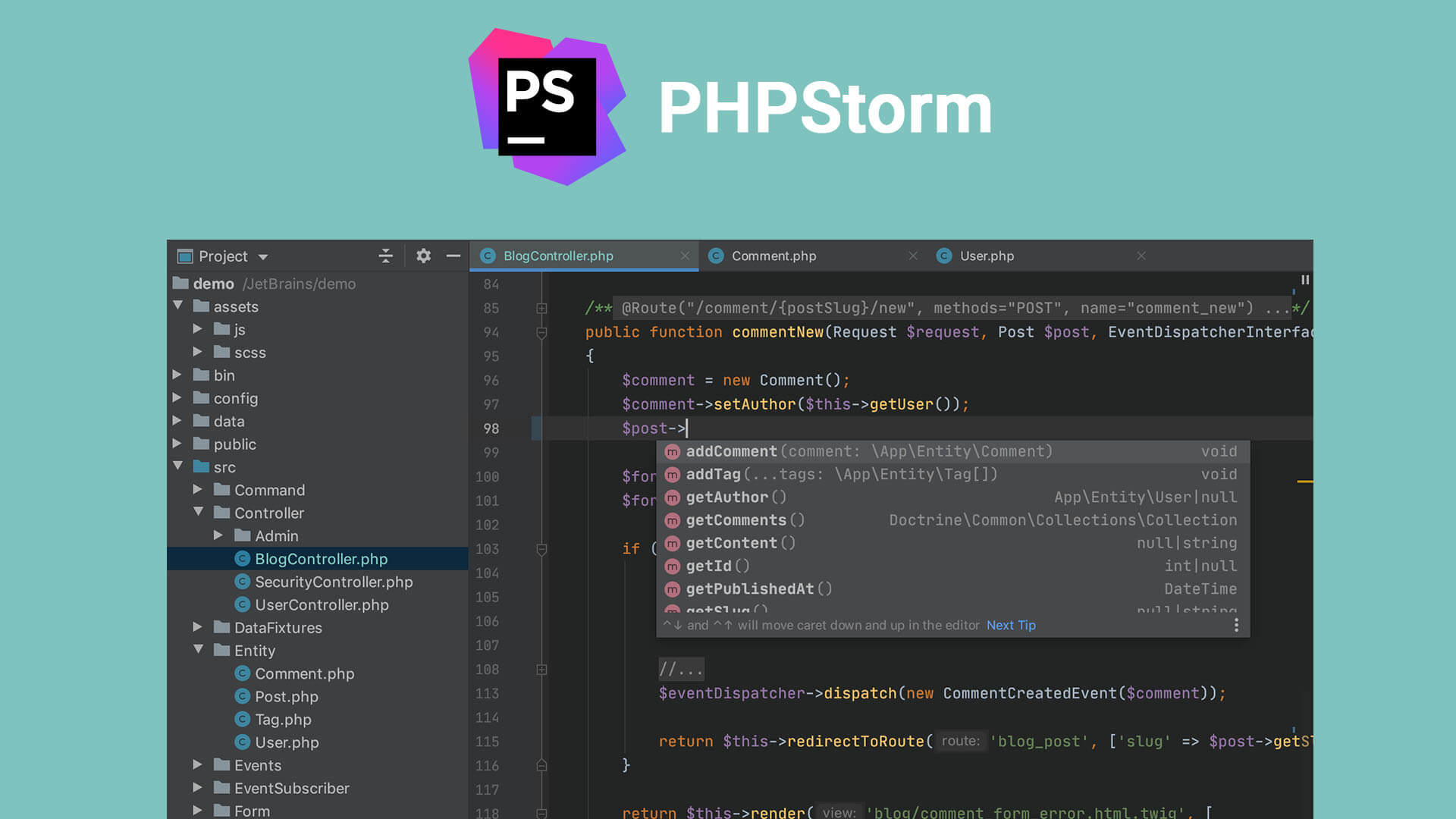 If you work with any PHP framework like Symfony, WordPress, Drupal, or Yii- this is probably the best coding IDE for you.

Being developed by JetBrains, PHPStorm is authorized for Linux, Windows, and Mac OS. In addition, the front-end technologies such as HTML5, JavaScript, Emmet, Sass, Stylus, etc., are compatible with PHPStorm.

You are allowed to personalize the themes and extensions to explore the new world of programming.

The salient features include- 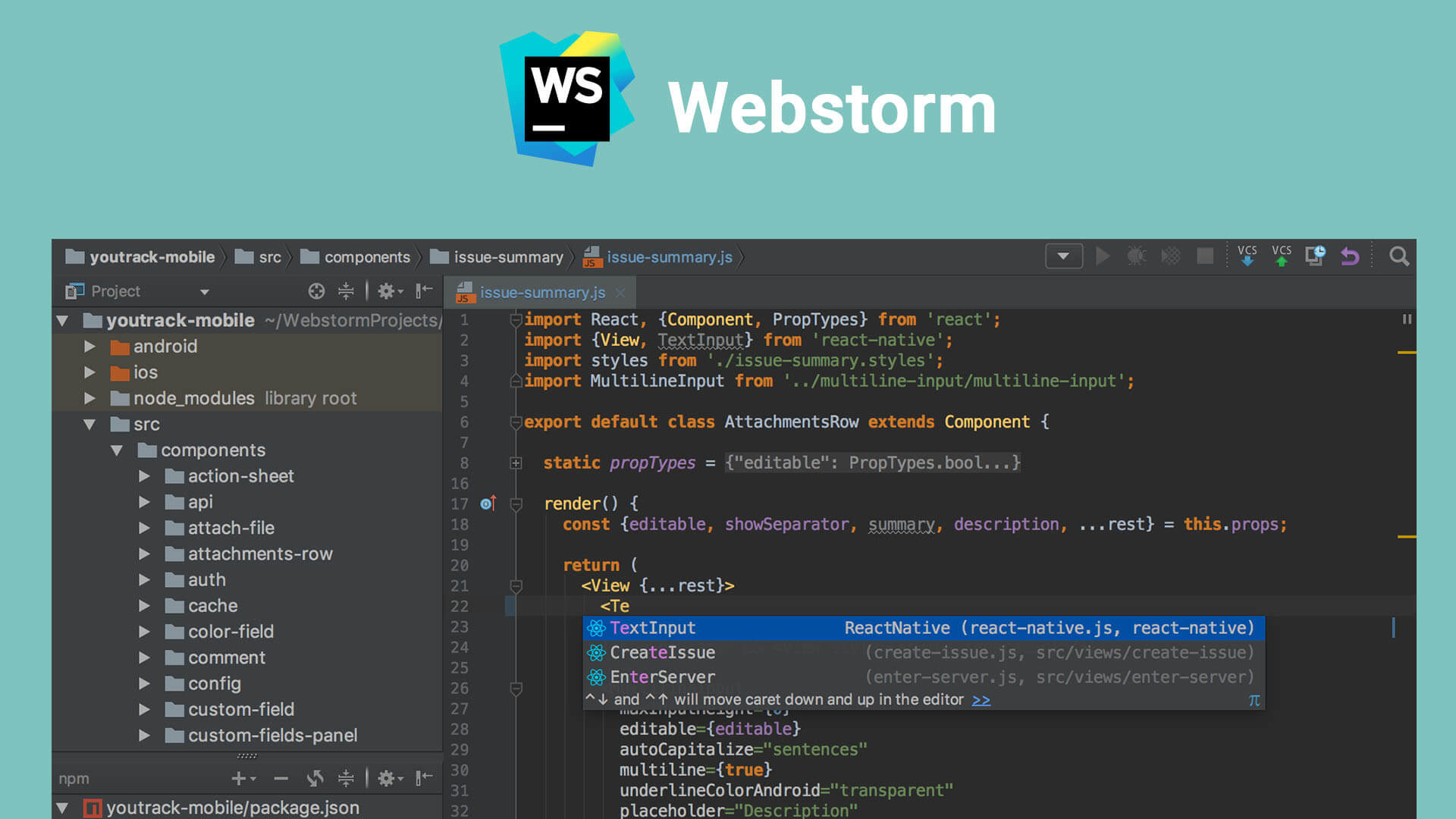 Another programmer-friendly and reliable web development IDE is Webstorm. It is also developed by JetBrains, the same company as PHPStorm. They are one of the ruling IDE growing companies.

The user-friendly interface and lightweight features will draw your attention.

It will work great as a powerful JavaScript IDE.

We loved the smart and sophisticated features along with comprehending code completion.

The purpose of creating this IDE is to focus on the state of the art web applications. That is why it is coherent with all the regular technologies. For instance, React, Cordova, CSS, HTML, Node, etc. alongside JavaScript.

Some of its most desirable features are- 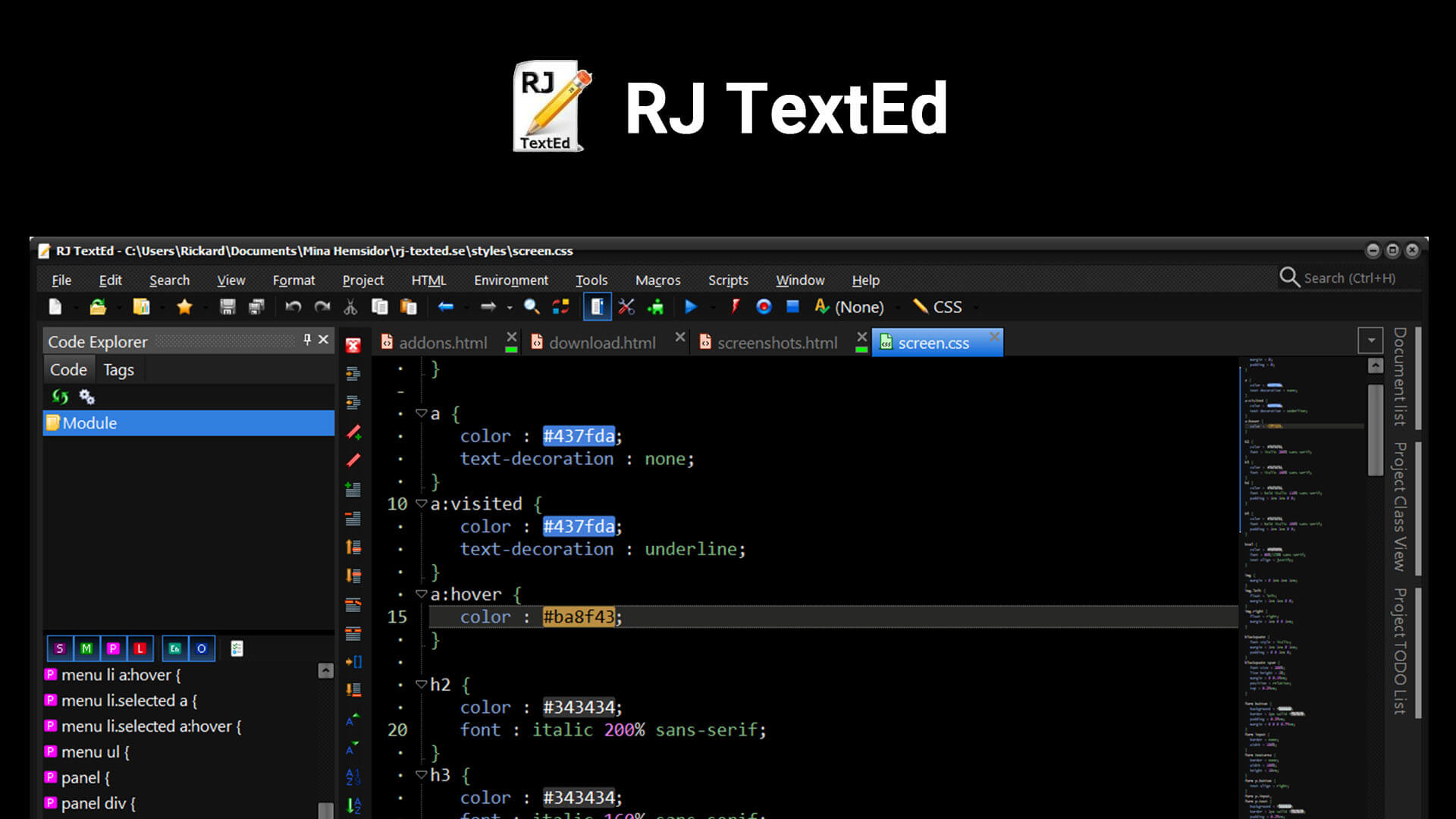 The very next on this list is RJ TextEd. It is a fully-fledged IDE for web development.

As a feature-rich text and source editor alongside Unicode aid, it is a smart web development IDE for JavaScript users. Besides, all the PHP, HTML, ASP, and CSS users can also get along with it.

Are you having the hassle of opening up the UTF-8 files? This is your pick for sure. You will open it in no time in association with RJ TextEd.

Among its numerous features, the most notable ones are- 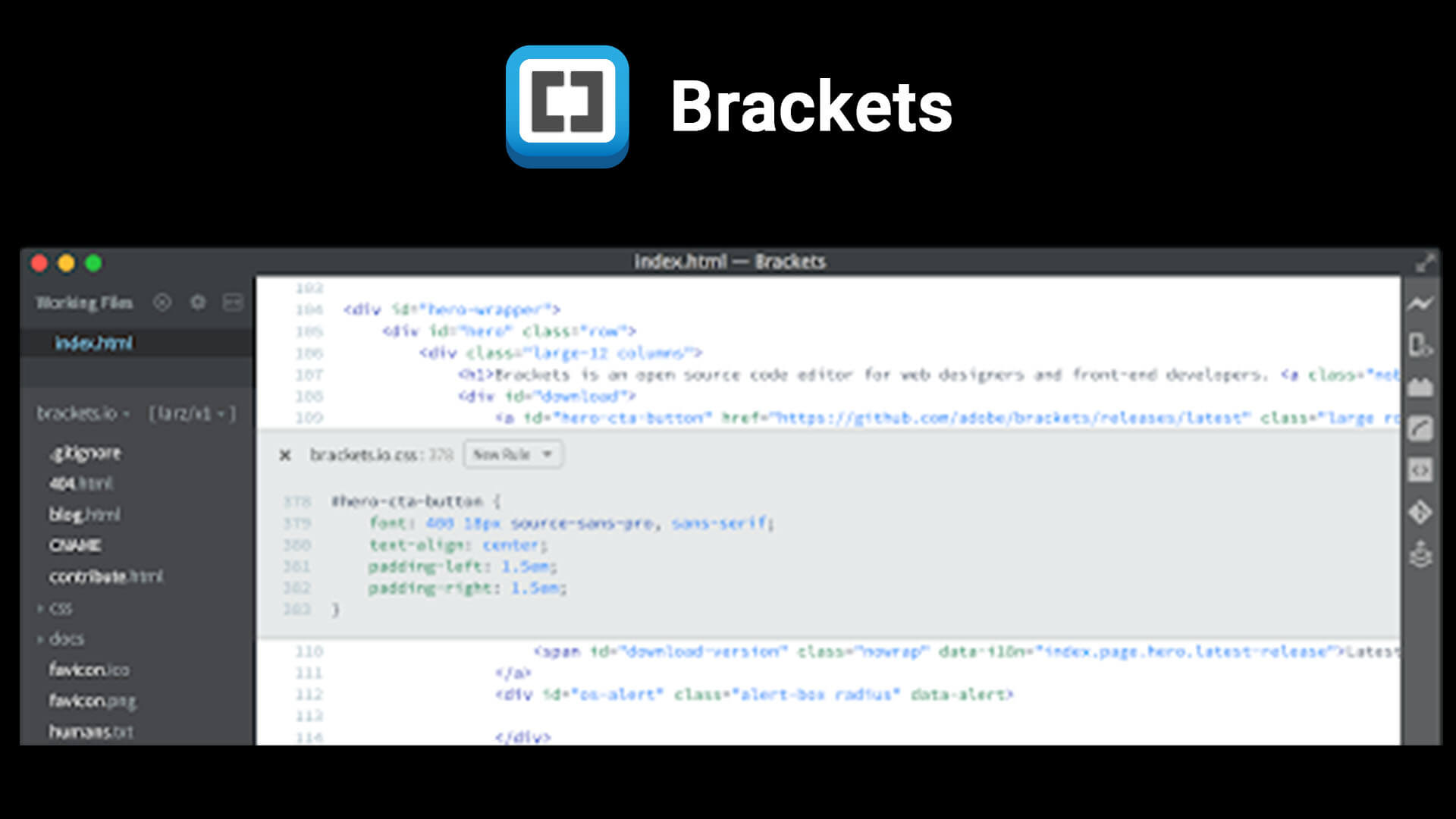 It holds a place in this list because of its powerful yet super lightweight editing service. Being launched with a bunch of grand visual mechanisms, Brackets enables you for effortless web designing.

The advantage includes a lot, such as live programming in HTML, CSS, and JavaScript. Furthermore, prominent support for the programmers in Ruby, Java, Python, etc.

A notable mention is that this open-source IDE is free and is followed by an immense community to help you while needed.

Do you know the most exciting fact about Brackets? Web designers design it for web designers. That’s why it is unparalleled when it comes to interpreting web designing the best. 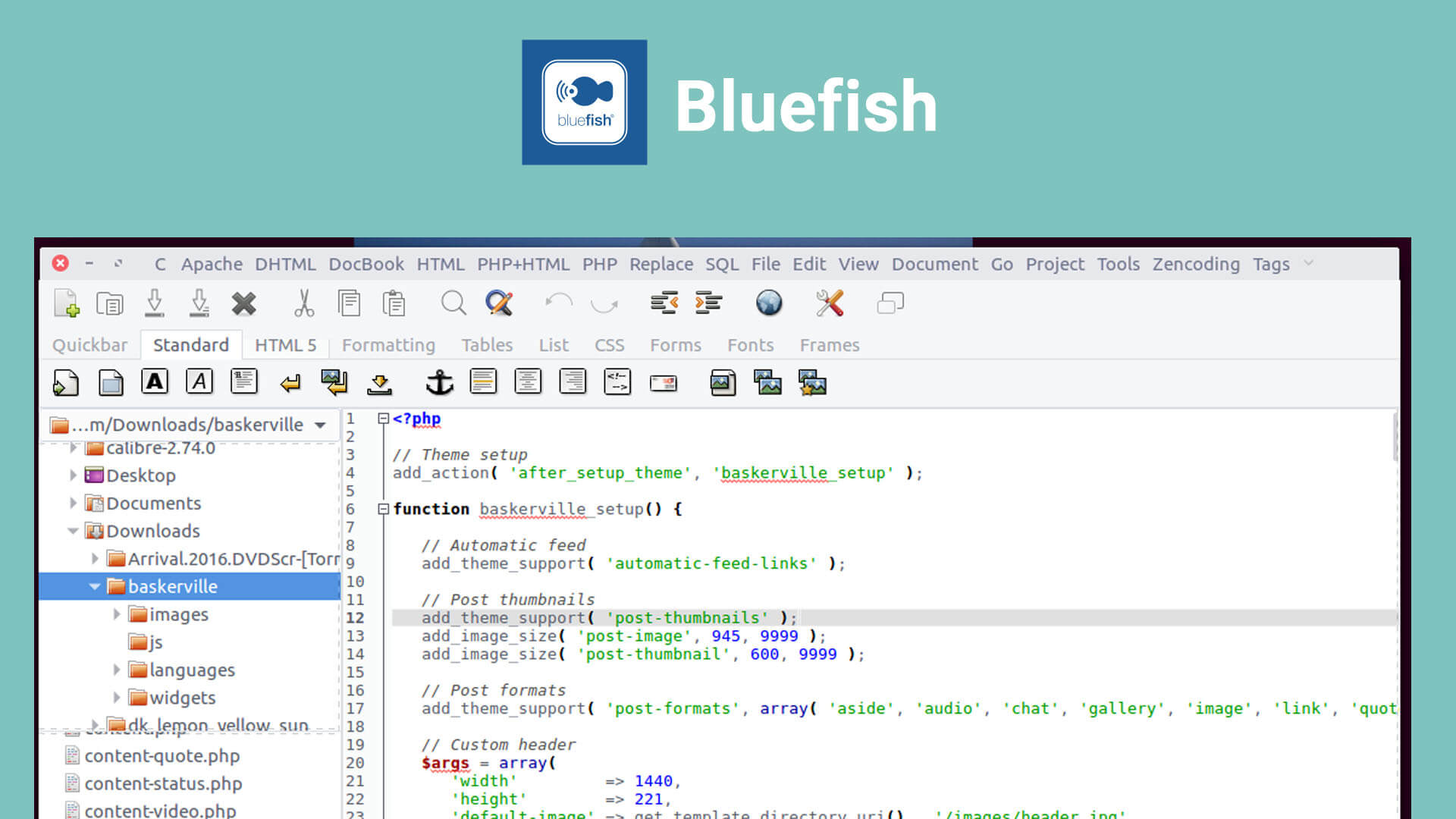 Like PyCharm, it is another cross-platform IDE for Windows, Mac OS, Solaris, and Linux.

Plenty of programming languages are supported by this lightweight and super reliable IDE for web development.

You can spontaneously upload/download any website to the PC with Bluefish. Moreover, writing and editing code using the full screen has made it decidedly desirable by the developers and programmers. 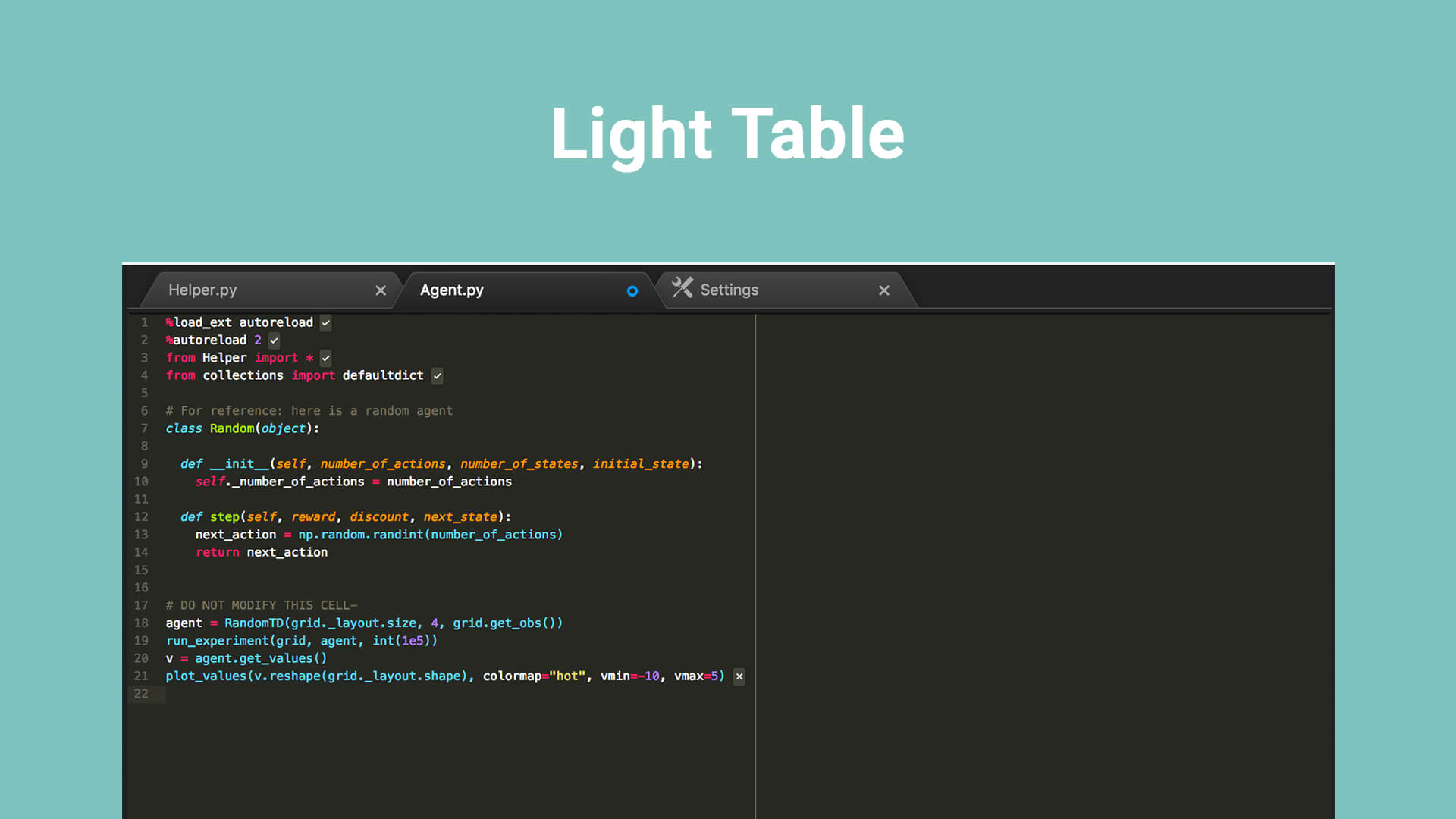 In comparison with the others, Light Table is a relatively new IDE in the developing world. Therefore, the responsive working interface has a lot of exploration opportunities to create new programs and develop new apps.

You will explore the next level of customization as Light Table enables you to move any information anywhere you demand.

Being developed to be supported in Mac, Linux, and Windows, it is the most effective code editor to keep the programming values on track.

Some remarkable features are pointed below. 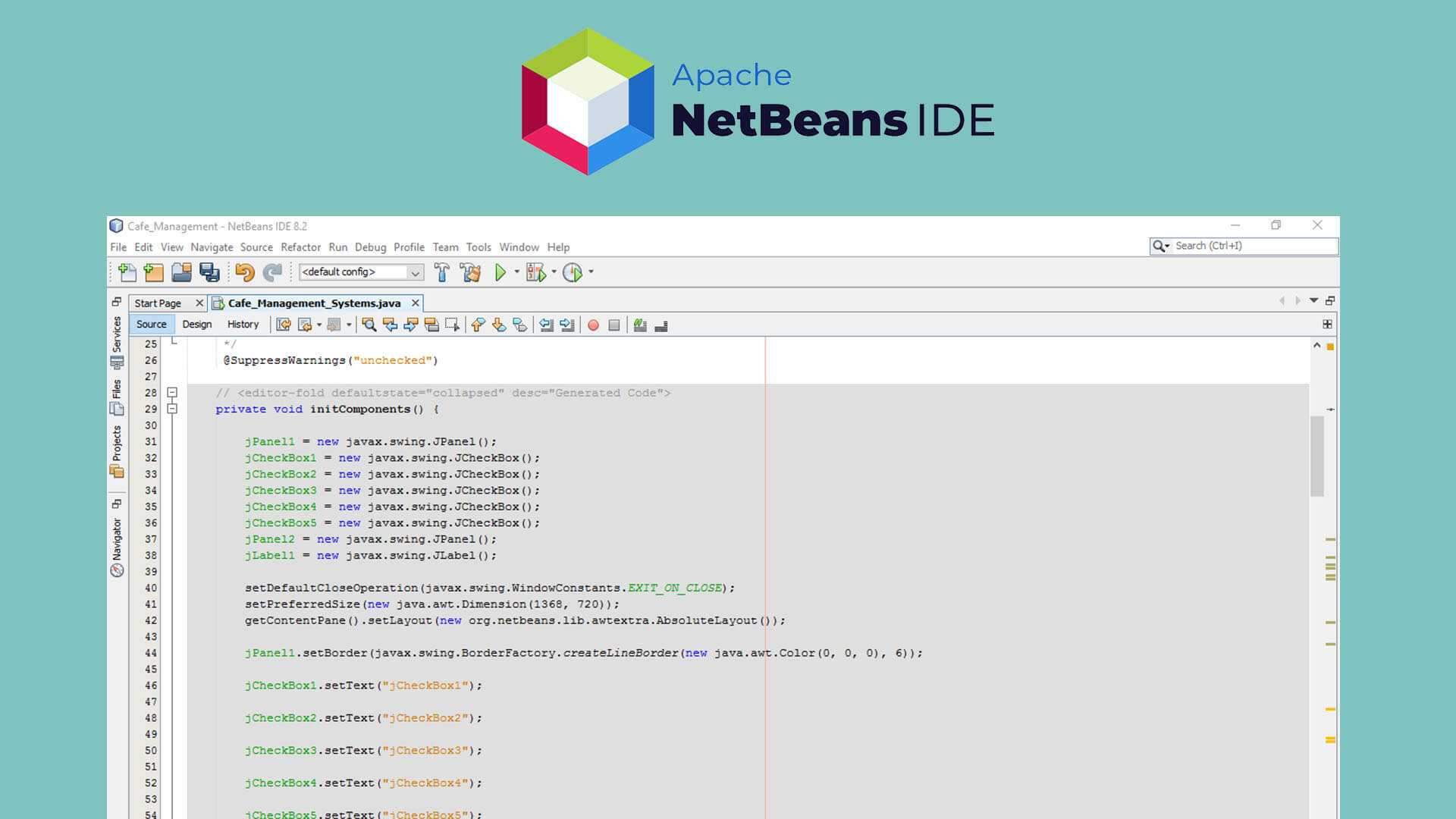 NetBeans is an open-source web developing IDE that is popular for the developing suitability of cellphones, desktops, and web apps as well.

The fast and facile project management process is a significant advantage of this IDE. Moreover, its popularity is gradually increasing because of its smart and swift code editing capability. Even it is possible to write bug-free code. How excellent is that for a free IDE like NetBeans, isn’t it?

As it follows a tactful setup, we would suggest only the professionals go for it. However, it seems to be a bit tricky for the absolute newbies.

The salient features are- 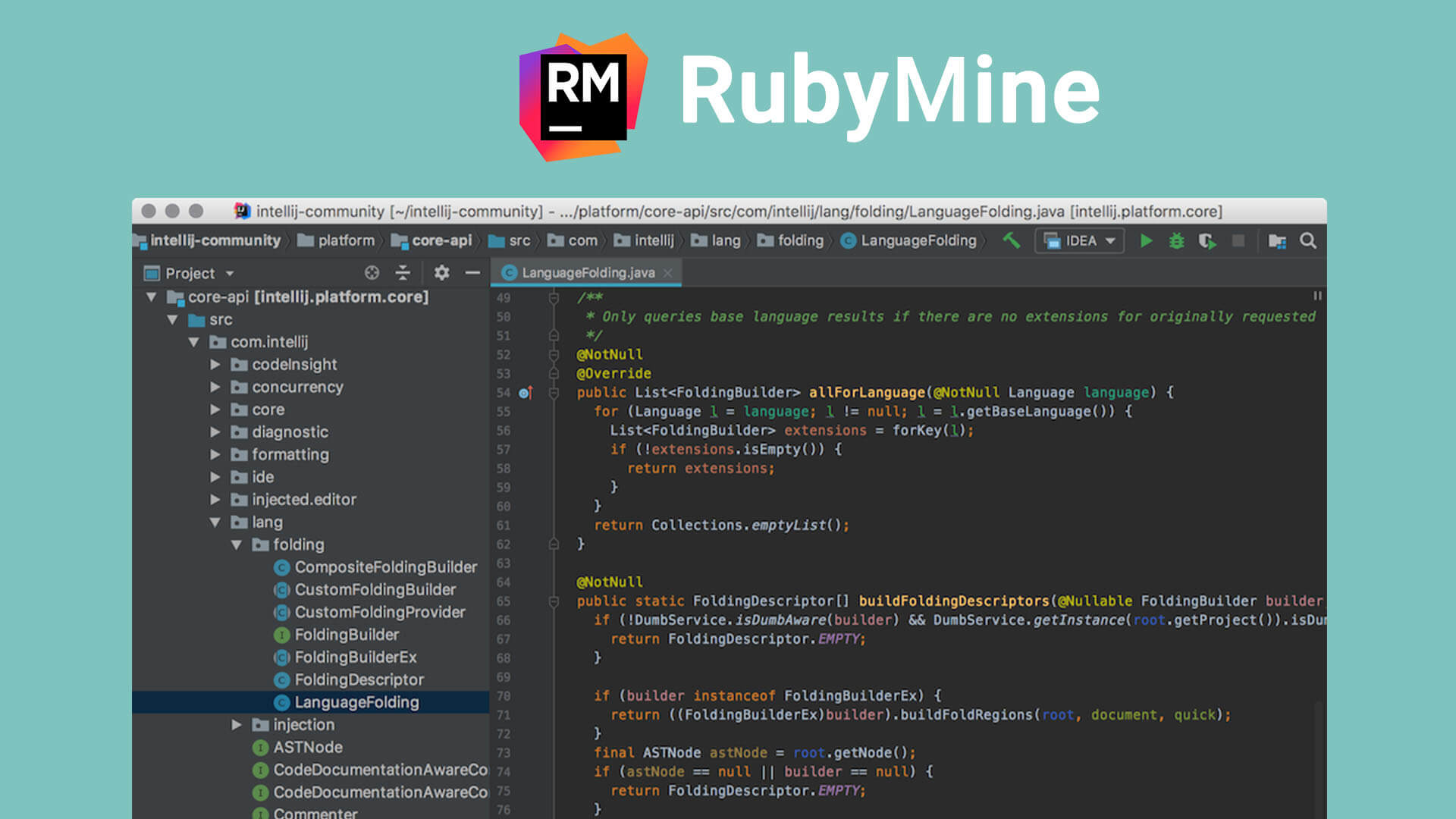 Did you introduce to languages like ruby on rails, SASS, HAML? Then this is the IDE for you. RubyMine is a specialized tool to develop websites in association with language-specific operations.

It lets you maintain your code in the most balanced way and verify the probable errors in your codes. You can also set the breakpoints to debug.

This is the quickest web development IDE for the fastest demonstration of an ongoing project.

Look at the offerings below to learn more. 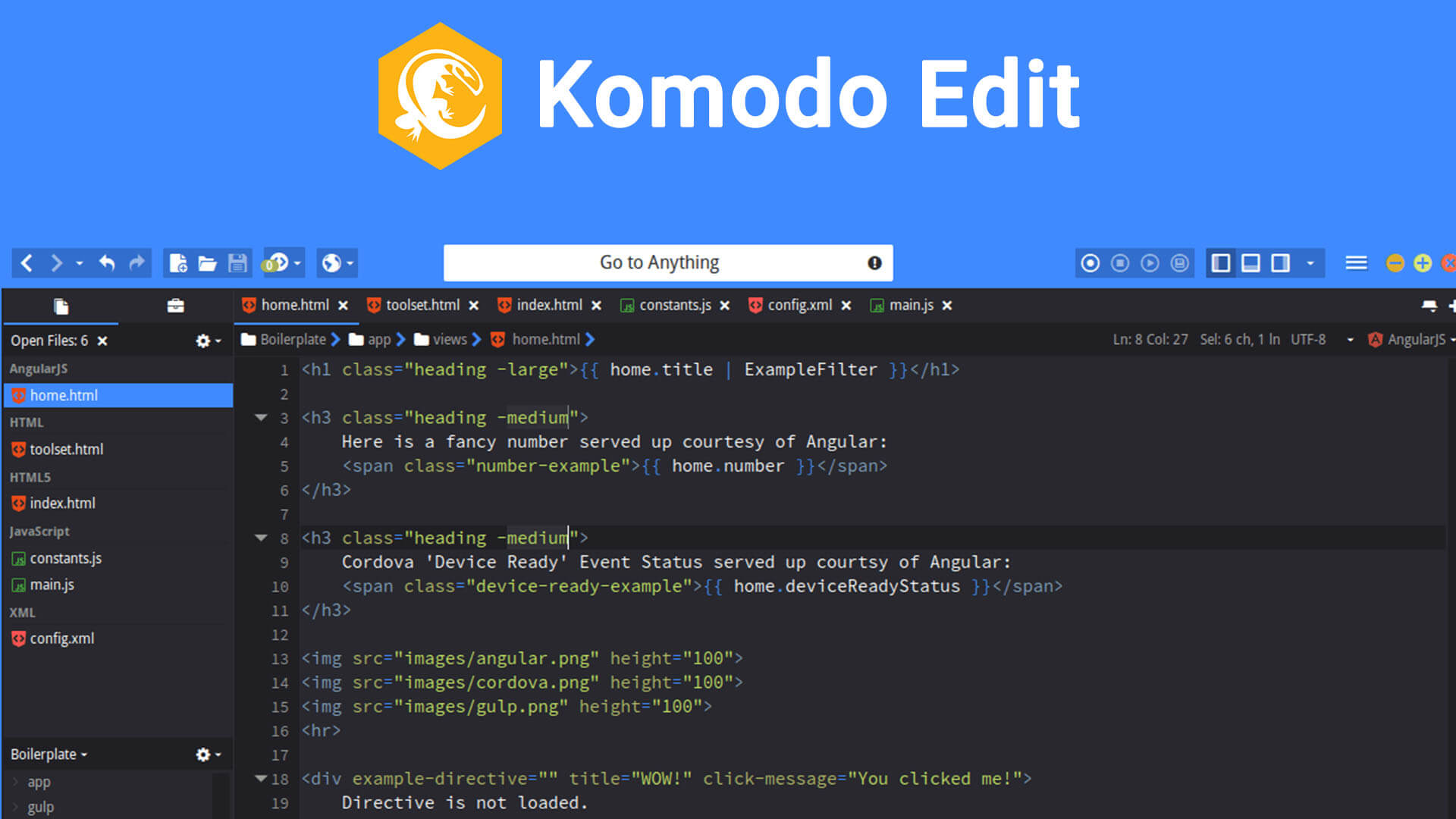 It is an excellent counterpart of the Komodo IDE (paid). With this open-source software, you can get access to a lot of striking frameworks and languages.

The best part of this JavaScript IDE is that it does not fluctuate performance. Instead, it keeps consistent throughout all the platforms.

Although the free version has some limitations as well, so, it is better to shift to the paid ones.

The main features are- 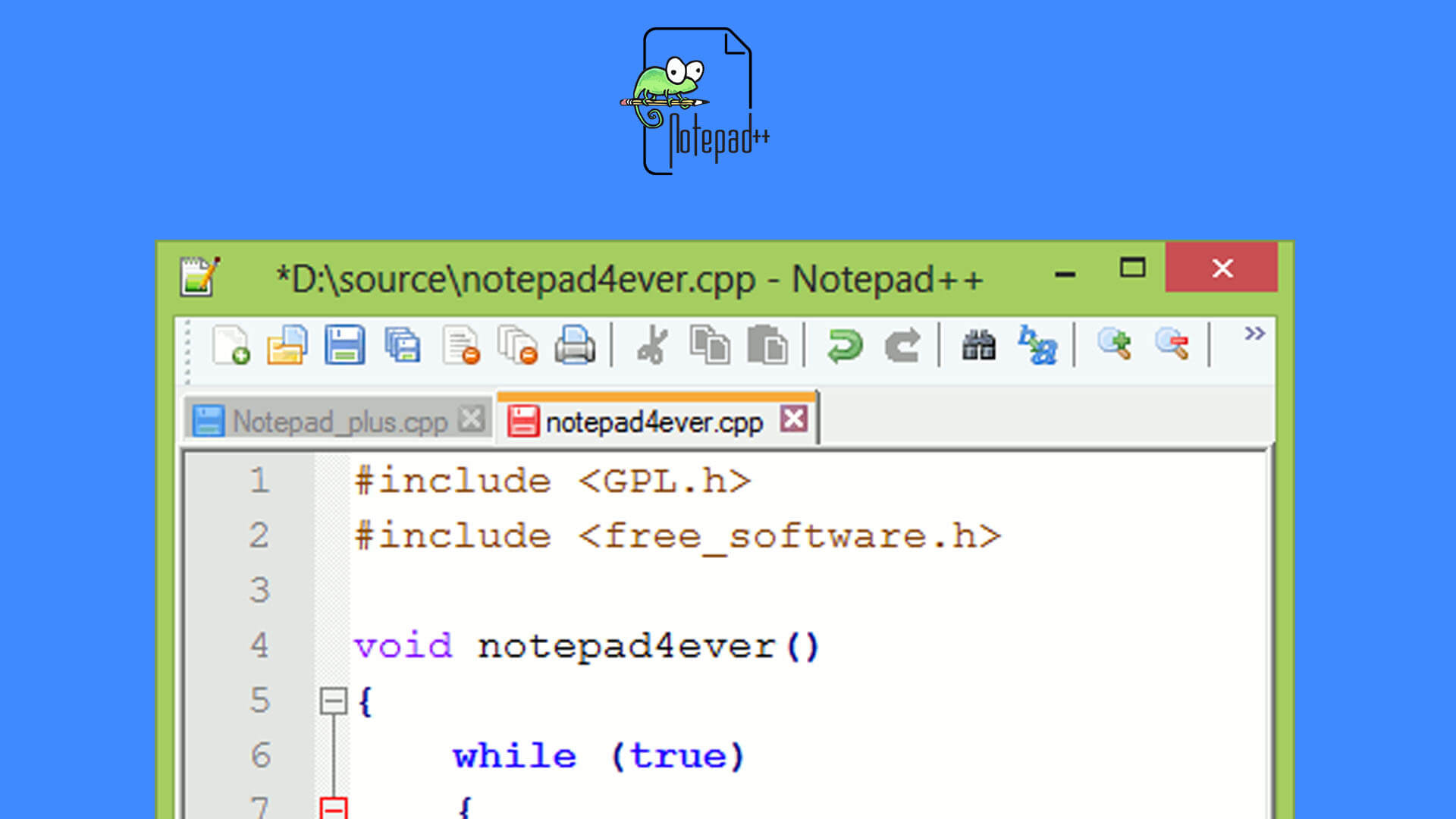 It is one of the top open-source IDEs among the free ones. Being written in C++, NOTEPAD approves users from over 50 programming languages. This is where it outperforms other free IDEs.

But there is a boundary as well. You should only check it out if you are a Windows user.

Despite this restriction, it provides an exclusive execution speed by the win32 API.

The notable specifications are- 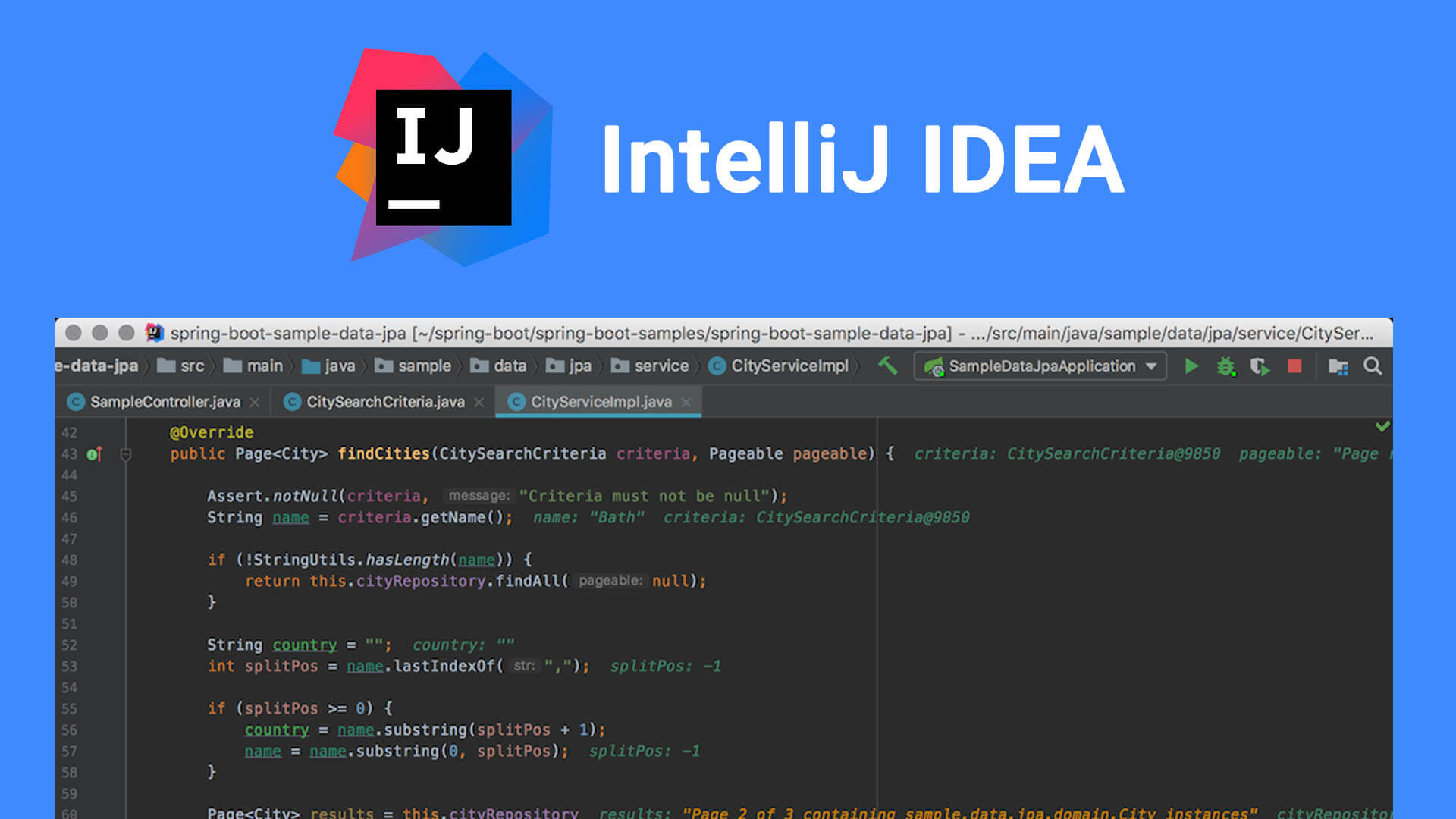 Talking about the best IDE for web development, we cannot but include IntelliJ IDEA. For all the programmers, be it beginners or pros, giving it a try is worth it. The paid edition is the ultimate solution with all the JS development tools.

It is a CSS IDE. Though it has supported a wide array of languages, including AngularJS, HTML, Node JS, Typescript, SASS, etc.

However, the community version is also worth trying if you don’t want to spend much.

What are the most remarkable offerings? Well, they include the following- 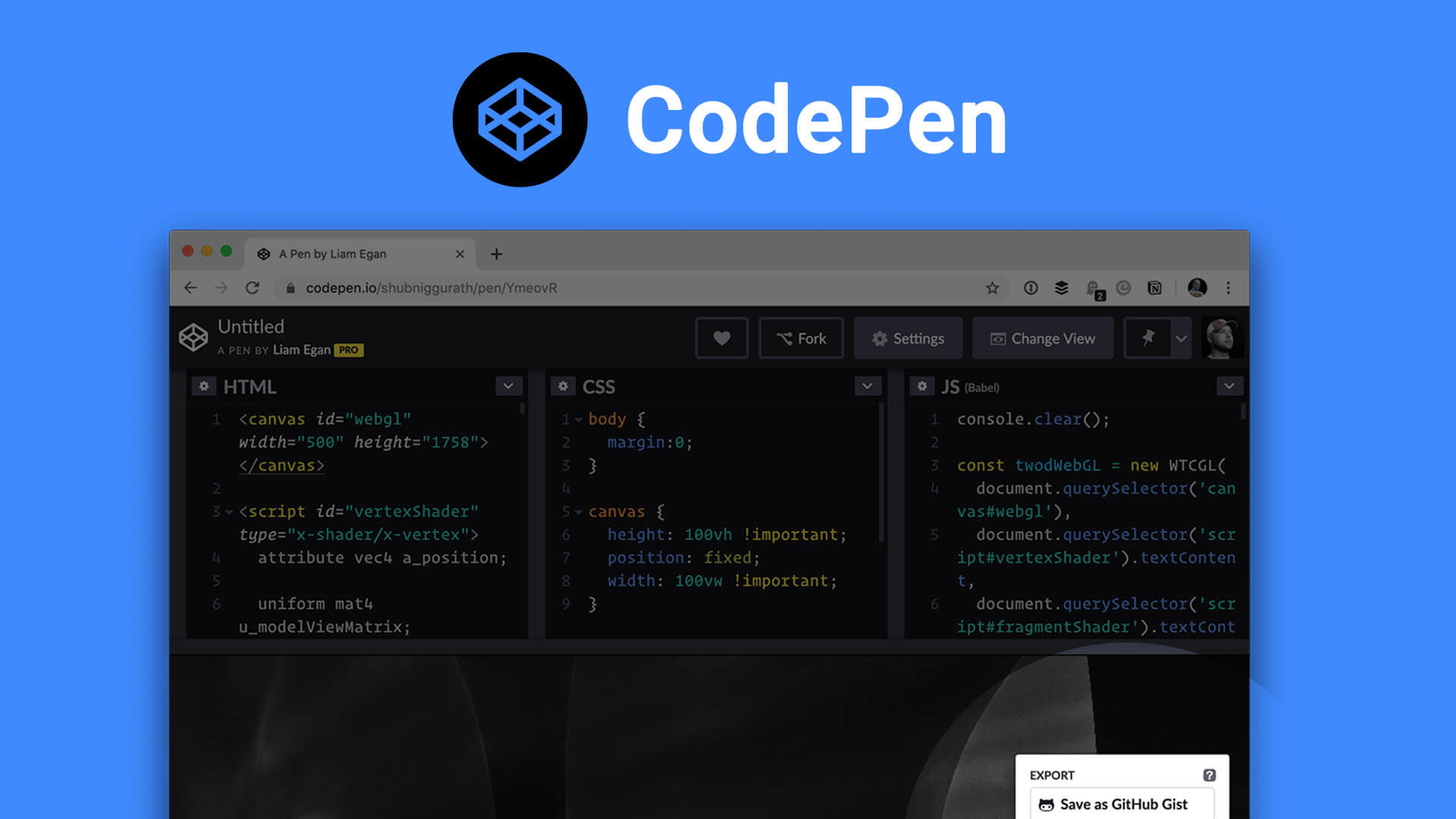 Are you trying to find a web development IDE that offers to add links and pages without even coding?

What could be better than CodePen in this regard? The most surprising feature of this IDE is the live view while programming.

All front-end web development enthusiasts are invited to give it a try. This is an online IDE for providing a hassle-free web developing experience.

Codepen offers the options below-

These are some of the best IDE for web development that will be the most favorable for web developers. But always try to pick up an IDE in collaboration with your programming languages. Or else, you might not be comfortable while working on your dream project.

However, out of countless options, deciding only one IDE is as hard as developing a new site. With careful consideration, we have included both the free and the paid IDEs in the list.

You should check them out to find out the right one for your new programming project.

Importance of Professional Websites: Is it Worth for a Business?
2022-05-18

How to Convert Figma to WordPress: Multiple Methods Explained
2022-04-30

Any Questions?
Go to Top