Shopify Advanced Vs Shopify Plus 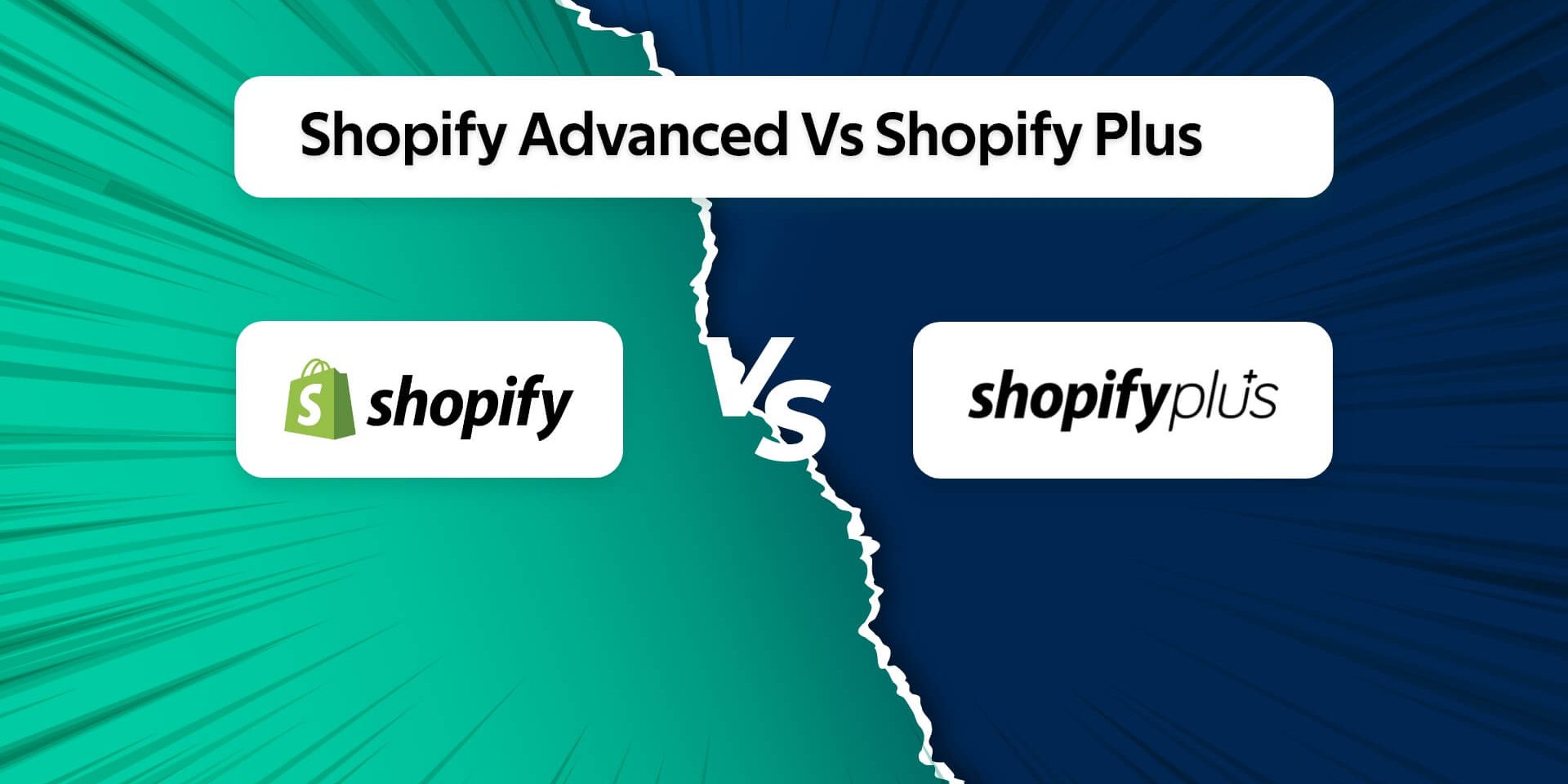 With eCommerce rising to its peak, eCommerce business platforms such as Shopify can provide merchants with the chance to quickly set up online stores and sell their products to people around the globe. Shopify has you covered no matter what kind of online store you are aiming for. But which version of Shopify should you get your hands on? To help you decide below, we will be discussing two high-demand Shopify plans while focusing on an in-depth discussion of Shopify Advanced Vs Shopify Plus.

What Is Shopify Advanced? 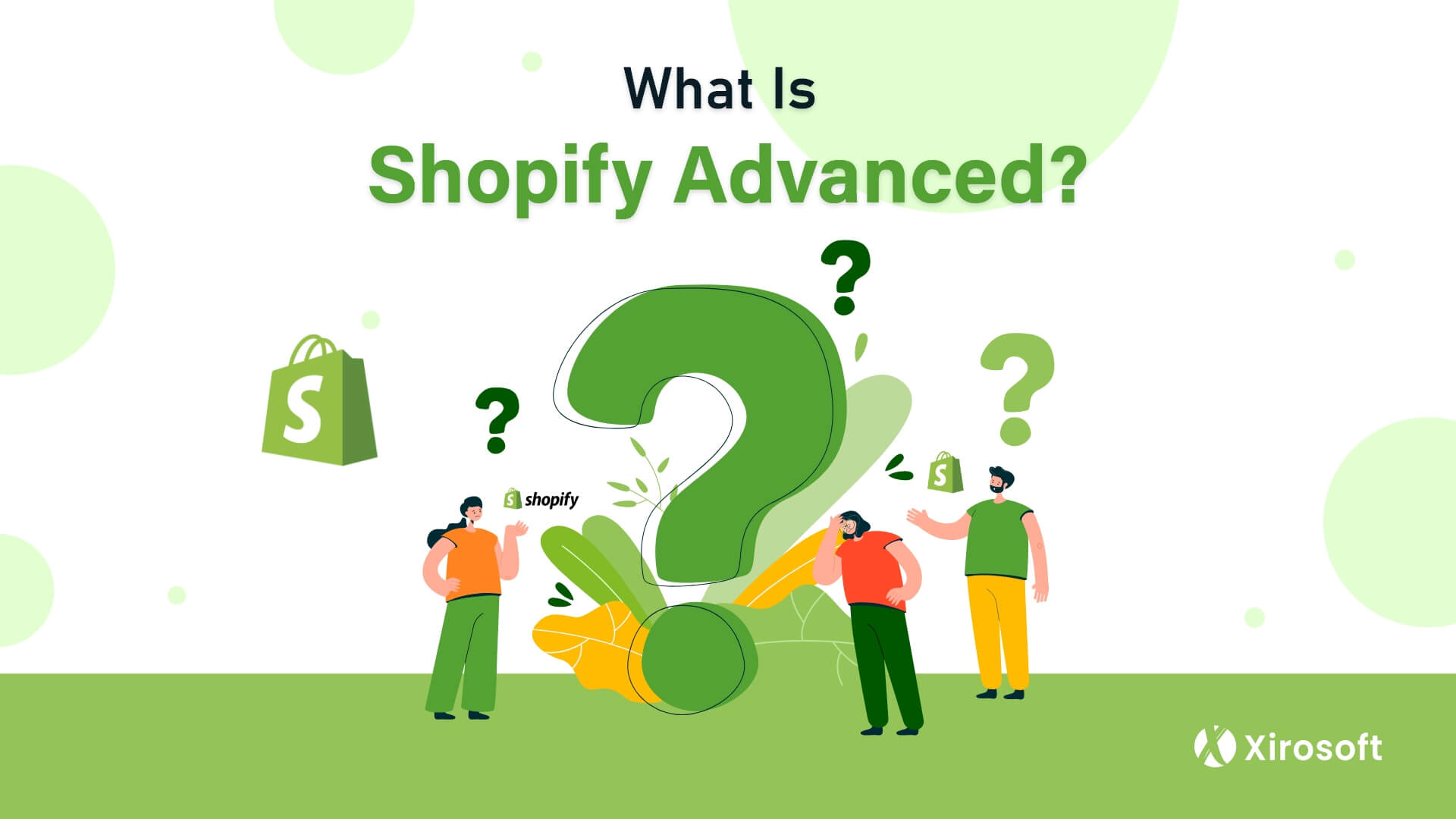 There are three advanced Shopify plans when it comes to their subscriptions. Advanced Shopify is one of those three plans that can be seen to have the highest Shopify pricing.

But the high price rates do not make people falter to buy this subscription plan because it also gives them access to all of the premium Shopify features that can further help them achieve their business goals.

Moreover, it is claimed on the official Shopify website that this plan is “best for scaling businesses that require advanced reporting”. So let’s see what the advantages and drawbacks of Shopify Advanced are.

Shopify Advanced allows you to have unlimited storage capacity for your products so that you can have a wider selection of products to satisfy your customer’s needs and make the most out of your online store.

While the basic Shopify and Shopify plans may charge more from your credit card, Advanced Shopify has the lowest rate for both online and in-person credit card usage. It also has a transaction fee of only 0.5%, whereas Shopify basic and Shopify have 2% and 1%.

Third-party gateways make for smoother transaction experiences and give customers a chance to accurately calculate shipping rates. Both Basic Shopify and Shopify do not have this feature, but Advanced Shopify does, and so it allows a better user experience overall.

Both the lite and pro versions of this are made to have more ease in paying offline or in having faster workflows. But sometimes, people have trouble adding extra costs with the POS.

The theme you set up your shop in is important in terms of bringing in more customers because it is aesthetically pleasing and easy to use. But sometimes, when you upload your own themes, it is possible but hard to adjust the theme to fit the screen instead of filling it.

What is Shopify Plus?

Shopify Plus is an extension of the Shopify platform that provides access to many features and allows hosting and customization of any kind for your shop. It allows you to get an even more satisfactory user experience and lets you flourish your business to the highest of its potential.

It is exclusively built for featuring high-end branded products, so you get much more organic traffic, and so there’s less chance that you’ll be facing fraudulence of any kind. It has all the features that you can find in Shopify Advanced and even more. So let’s see what pros and cons Shopify Plus has in store.

While the three plans of Shopify do not allow adding multiple stores under a single license, Shopify Plus supports this for those who run more than one store or have expanded their stores internationally and need to add more brands and product variations to those shops.

Shopify Plus allows you to set up your shop in more than 20 languages and in about 175 different countries. It also allows you to make transactions in many different currencies worldwide to make the shopping experience even better for your customers.

Unlike the regular Shopify plans, Shopify Plus allows you to manage all your stores from a single user-friendly dashboard location. This lets you have an easier time while organizing your stores and products and is a feature that many users love.

The payment process is a bit more complicated since Shopify Plus is aimed towards selling high-end brand products. But this also helps to give you the extra advantage of identifying frauds and to avoid a loss.

One cannot use the user API to add items to their cart. This is a poor user experience tactic and makes the shopping process a bit more complicated for users and also on your end and wastes more time for both the users and you.

Shopify Advanced Vs Shopify Plus

So now that we have talked about both Advanced Shopify and Shopify Plus individually let’s see how it compares against each other in terms of both similarities and differences.

Where To Use Which And When To Upgrade?

Shopify Advanced is more for brands that have a large customer base but are not too large to be known as an upscale brand. On the other hand, Shopify Plus is aimed towards brands that are exclusive and have stores all over the world.

But both of them can indeed be used by anyone if they can keep up with the expenses. Shopify allows users to be able to both upgrade and downgrade anytime with ease. So, we suggest understanding your business needs first and then building up from thereon.

Lastly, we would like to say that you should just go with the one that works the best for you. Too many features can be overwhelming, and too few features can have their own shortcomings.

Hope you got a clear idea of the topic from the key points of our article. That is all for now. Have a good day!

Importance of Professional Websites: Is it Worth for a Business?
2022-05-18

How to Convert Figma to WordPress: Multiple Methods Explained
2022-04-30

Any Questions?
Go to Top